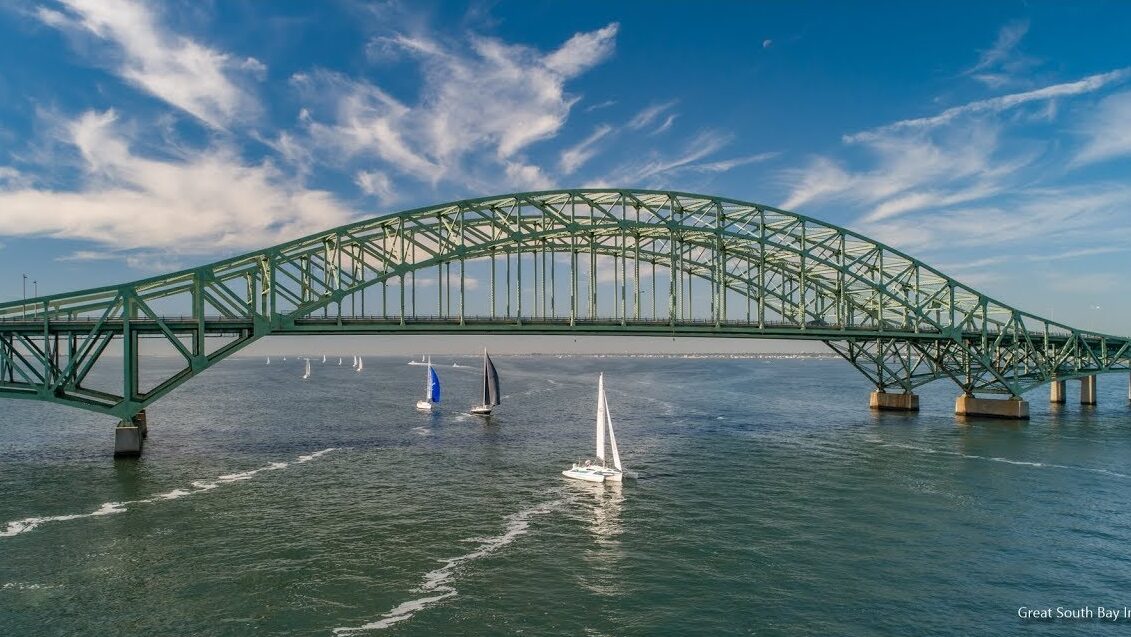 The Great South Bay Bridge is a bridge on the southwest side of Suffolk County, New York, on Long Island. It connects the Robert Moses Causeway from Long Island’s mainland over the Great South Bay, connecting to both Captree and Jones Beach Island. It serves as access via the Robert Moses Causeway to both of the downstream crossings, the State Boat Channel Bridge and the Fire Island Inlet Bridge, also leading visitors and on-lookers to either the Fire Island Lighthouse or the Robert Moses State Park. It is the second longest bridge in the New York State, behind only the Tappan Zee Bridge.

The bridge was originally a single span, that was constructed around 1951 and was called the Captree Parkway. Today it carries southbound traffic. In 1964, a second parallel span opened to traffic and carried northbound traffic. This brought much needed relief to traffic heading back from Jones Beach, Robert Moses, and Captree parks. The bridges are through trusses and are painted a traditional bridge green. In 1997, a major rebuild of the deck of the older span began and was completed in 2000. Safety compliant railings were installed on the older span. In 2013-2014, the northbound span received upgraded railings. Major improvements NYSDOT is considering is a cycle/pedestrian path shared with the northbound lanes. NYSDOT has not released any official plans.

Login below or Register Now.